Did you know that October 4 is National Taco Day? Neither did I! However, we have all heard the phrase “Taco Tuesday.” I like to call it “Street Taco Tuesday” since, I can’t resist a good street taco. Oddly enough, it’s 2019, and the date falls on a Friday.

Now, anyone that knows me knows I love taco’s of any kind, and I especially enjoy street tacos. Street tacos shells are smaller and often topped with creative ingredients. I make them all of the time, and often that is my go-to when my husband and I dine out if they are available on the menu.

The Origin Of The Taco

By the way, I did some research to try to find out the origins of the taco. What I discovered is, it is unclear as to who actually invented the taco. In this case, it appears tacos arrived on the scene sometime in the 1800s, the term “taco” most likely coined by the Aztecs.

There are so many variations of tacos. The best thing about them, there’s nothing complicated about preparing them. Tortilla shells, a bunch of fresh ingredients, meat is always optional—I have made them both ways—viola!

In my fridge, the one thing I always have on hand is tortillas. Generally, corn tortillas are my go-to because they have fewer carbs, and I love the flavor of the corn. But, lately, I have been using flour tortillas because they seem to hold a bit more. I like to pile mine high with yummy toppings.

Tacos are one of those things everyone’ll love, and they’ll never be disappointed! At least not in my house. We eat tacos several times a month, and there always a big hit.

One of my favorite things to do, when making tacos, is put some sort of a spin on them. Fill them with unique ingredients, for instance, collard greens, lobster, and all kinds of different cuts of beef.

Over the past year, I have made and eaten more tacos than you can imagine. Truth be told, probably more than I remember.

Since it is “National Taco Day,” I decided to share some from my past. Some I recipes I created and others were enjoyed while dining out.

Let’s take a walk down memory lane, shall we?

I enjoyed these tacos at The Williamsburg Winery. I have to say these were some of the best fish tacos I have ever tasted.

One of my most creative tacos to date. The ingredients for this taco included collards, onions, sweet peppers and mushrooms all piled high on a delicious wheat tortilla.

Now, I can’t honestly say I remember which restaurant I was at when I ate these, but I do remember them being extra tasty. I mean whats not to love. Just look at those things!

I must say, these tacos were scrumptious. I filled them with beans, rice, sweet peppers, crisp radishes, and cilantro. Mmmmm… so good!

Ordinarily, I might agree with sticking to what is traditional when it comes to Mexican food, however, not when it comes to street tacos. You can fill a tortilla with the simplest ingredients, or get super creative. Either way, it’s tough not to make a great one.

Hey! If you don’t feel like whipping up tacos today, it’s the perfect opportunity to grab some at your local restaurant. Many restaurants are offering special taco deals, and even free tacos in celebration of “National Taco Day.” 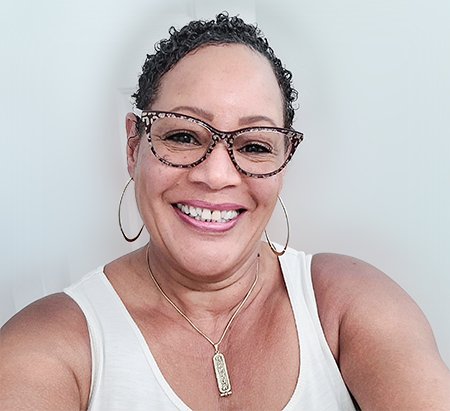